Why I REALLY appreciate guys who can’t get it up.

Ask your average bloke on the street, “What’s the worst thing that can happen on a date?” More often than not, they’ll mention erectile dysfunction.

It’s not just guys who think this way, either. I have male friends who’ve been shamed by their female sex partners, simply because they didn’t get hard at the right moment. Being criticised during sex feels like shit, and it means things are less likely to work the next time around.

When it comes to erections, I have a different take. I love meeting guys who have trouble getting hard. Many of my partners either can’t get a boner when they’re nervous or can’t get to orgasm until they feel comfortable. Sounds strange, right? Chances are, you’ve spent your whole life being told that a soft dick equals failure. Why would anyone be into that? Turns out, blokes who understand that our bodies aren’t always under our control are often excellent lovers.

Here’s why I appreciate guys who can’t get it up.

Penises are sensitive creatures – not just physically, but emotionally. They respond to all sorts of random stimuli. This can be inconvenient when you find yourself getting a boner in the fresh bread section of Woolworths, and it’s also tricky when you meet someone hot, but your brain is screaming, ‘Stop! It’s not safe!’

The way I see it, these guys are blessed with a useful safety valve. If they find themselves in an unfamiliar situation and don’t feel great, that hard-on will disappear. And that’s a good thing, because it allows them to slow down and consider whether they’re ready.
They’re experts at tuning in to their emotional state.

It’s reassuring to know that, no matter what the sexual escapade, my partners are self-aware enough to let me know if they’re not comfortable.

Because the sex goes for longer.

Most hetero sex follows a very predictable script: making out, getting undressed, oral sex, intercourse. Because PIV sex is the goal, the other fun stuff (what most people call foreplay) is rushed. And since the average time for having intercourse is 5-6 minutes, the whole session can be pretty short.

When you take the erection out of the mix, it’s impossible to rush through. Instead, we spend hours playing around, exploring each other’s bodies and finding fun ways to touch. If a hard-on happens during that time, great. But if it doesn’t, it’s not a disaster.

One of my favourite lines when I’m rolling around with someone is, “I’m loving this, I could do it for hours.” And it’s true. Sometimes, those are the magic words that allow my partner to relax enough to get an erection, because they know they’re not under any pressure. But even if PIV doesn’t happen, I’d much rather spend five hours fooling around than five minutes having conventional sex.

Being great at sex doesn’t come ‘naturally’. It comes from a willingness to try new things, an openness to learning, and a bit of practice.

Because they’re not afraid to be vulnerable.

Talking about erection problems is scary. I know guys who have been shamed in the past by their partners, and it’s crushed their confidence. So, for most folks, admitting this stuff can be difficult.

I particularly remember one conversation. It happened at the end of a good date, with lots of drinks and food and great conversation. It wasn’t until we were getting naked, that he said, ‘Uh, I have to tell you something…’ We had an honest talk about our insecurities, and how we were both afraid of being judged. It brought us closer, so that when we did start fooling around things felt much more intense.

When a date tells me about their dick, it’s a big deal. I’m grateful for that trust…and it helps me open up too.

Because they understand me better.

Try bringing that on dates. Most of the time, I don’t even bother.

I love hanging out with guys who struggle to get hard, or struggle to get off, because they understand how I feel. They don’t have any expectations about orgasms. And rather than judging success or failure based on whether we both get there, we can relax and do whatever we feel like.

Because it makes me feel special.

I don’t believe sex should be plug-n-play. I don’t expect to fit perfectly with everyone, and I don’t expect it to be amazing without effort. When a guy like this relaxes enough around me to get hard, it means I’ve earned his trust – and that’s a huge compliment.

It’s an experience I don’t have when we get straight down to business – that slow build of intimacy and cooperation, over several hours or several dates. It wouldn’t mean the same, without the wait.

Erection problems might not seem attractive, if you think the way most people do. But this ‘handicap’ that so many men worry about has some pretty neat side effects. I’ll always have a soft spot for my friends and lovers who can’t get it up…and plenty of spots saved in my calendar for dates, too.

Is this the end of casual sex? I don’t think so.

The coronavirus pandemic has transformed the way we think about sex and dating. But don’t declare your love life a disaster zone just yet…there’s still hope. 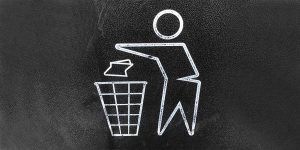 The life-changing magic of tidying up your love life

When everything we own must ‘spark joy’, is it time to do a spring clean and remove unrewarding emotional ties from our lives? 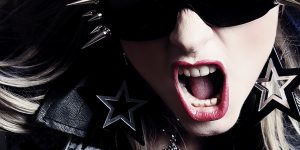