the 5 Hard Truths Pick Up Artists Won’t Tell You

Ah, pick-up artists … the ‘fast food’ of relationship coaching. Whether you’re looking for love or just hunting for your next conquest, there’s someone out there willing to tell you how to improve your success rate – and they’ll charge you for the privilege.

In a world that’s getting more complicated every day it’s understandable that we want some hard-n-fast answers. After that five-hundredth swipe on Tinder, you could be forgiven for banging your head on the table and screaming ‘there must be a better way!’ Accordingly, there are people out there selling every sort of advice imaginable – from ‘good-guy’ romance tips to quasi-scientific psychological manipulation.

There are some things about picking up that almost no PUA is going to tell you. These are the ‘hard to swallow’ facts of life that don’t sell well (no matter how true they are).

In the interests of saving your love life (and your sanity) here are five things you really need to know, that you’ll never hear from the so-called ‘experts’.

\n…and anyone who says theirs does is full of shit. PUAs like to make picking up seem ‘simple’ because it’s easier to sell that way, but IRL there is no such thing as straightforward encounter between two human beings. The outcome of any given situation will depend on thousands of factors, many of which are completely outside your control. This is why meeting new people is so scary/thrilling.

A good player can adapt their conversation, manner and approach depending on the situation and the person. It’s called ’emotional maturity’ and it’s a totally learn-able skill…but it takes practice.

Basically, anyone who thinks all people work the same way is completely delusional (or they’re lying to you to make you feel like they have all the answers.)

What do I mean by that? I mean that none of them work because they’re actually any good; they work because having a plan gives you more confidence.

My local coffee shop is also the regular meeting spot for a local ‘life coach’. He brings his clients in and gives them pep talks about revamping their tinder profiles, what to say on the first date, and how to score at parties. He uses this system that’s all about channelling the ‘spirit’ of different animals, depending on the situation: “Ready to close the deal? You’re a bear! Feel that power!”

When we feel self-conscious, anything that distracts us from our anxiety is going to help us function better (whether it’s pretending to be a bear, or thinking about our last knitting project.) Feeling as though you have a ‘plan’ is helpful. It’s a like wearing your ‘lucky underpants’ – it gives you a psychological edge, even if the threads themselves don’t make any a difference.

Sorry if I’ve just ruined your fave pick-up strategy. I’m a fan of conquering anxiety by any means possible. I’d just recommend that if you decide to use a placebo pick one that doesn’t make you look stupid or encourage you to act like an asshole.

You want good experiences, not numerous ones. Having a lot of bad sex with people you don’t like is barely better than having none – it leaves you feeling fucking awful about yourself (just ask any A-list celeb.) Likewise, fixating on fucking ‘perfect 10s’ often results in shitty experiences. You might be able to brag about it at the pub, but you’re going to be missing out on the really good stuff – connected, intimate sex with someone who actually cares about you.

When you shift the focus from quantity to quality, you’ll start noticing the people who can give you amazing connection, incredible sex and who will treat you like a human being. Also – bonus – having standards about the type of person you’re into, beyond the superficial – makes you a desirable partner.

Most ‘dating coaches’ are rich white dudes. They’re surrounded by fans, friends and sexy play partners. Sounds like an incredible lifestyle, right? I sure as hell aspire to flying around the world with a centerfold model sitting next to me in first class (it’s a shame I’m writing this article instead of selling pick-up techniques).

Unfortunately, lots of people don’t fit that mould. If you’re an ethnic minority, non-neurotypical, or anything else that means you don’t fit the model of ‘conventionally attractive’ then your chances of scoring may be much lower than for others.

The long-term solution for this is for everyone to relax their idea of what ‘attractive’ actually means (because dating someone just because they’re ‘conventional’ is really fucking boring). The short-term solution is for you to find your niche – whether you’re a gamer, on the spectrum, or just plain eccentric…seek out the people who ‘get’ you.

I’m a sex worker – it’s quite hard to find people who are okay with dating me, because they can’t hack what I do for a living (they don’t know what they’re missing out on!) I’ve learned to spot the ‘type’ of guy who’s more likely to be open-minded enough to accept my choices. Until the day when folks stop being judgemental (and hopefully that day will come) it’s a consideration that will be foremost in my mind whenever I fire up Tinder

Rejection is framed as failure in our macho culture. Pick-up artists capitalise on this, making out that guys who don’t get laid are losers. Making people feel deficient is a really good way to get them to spend money! Tons of PUA techniques are about overcoming rejection or trying to push past someone’s ‘no’, because accepting a ‘no’ is supposed to equate to failure.

That’s bullshit. Everyone gets rejected – it’s part of the process of finding the right people.

I love playing laser tag. When you get tagged in the game you’re out of action for a minute or so (and you feel a bit silly.) When I started playing my scores sucked because I spent the whole time hiding in a corner, afraid of being tagged out. But when I became braver and just got ‘out there’, I did much better. Sure, I got tagged more often, but I also managed to score against the other players.

When you’re putting yourself out there – talking to and flirting with folks – you’re going to get rejected more often. It doesn’t mean you’re a loser. It just means you’re making an effort.

Rejection is useful… it frees you to move on from someone who isn’t right for you towards someone who is. If you spend all your time avoiding rejection your progress slows to a crawl because you spend ages pursuing people who are never going to return your interest. Take your hit and move on to a better prospect. That’s how you get somewhere. 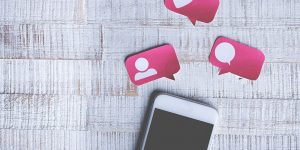 What are good conversation starters? After you approach someone, what are good starting points? Your questions answered.

How to Survive the Rejectionocalypse

Rejection resilience is a worthy skill to learn – the more practised you become at avoiding the rejectionocalypse, the quicker you’re able to move on and have better experiences.

Why write a book about casual sex? Here’s the story…

I was tired of changing the world one hook-up at a time. So I wrote a book, and here’s what happened… 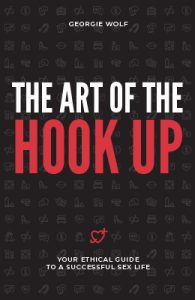