But for a long time, I didn’t recommend toys for hook-ups. Here’s why.

But when they ushered me into their bedroom there were sex toys EVERYWHERE. Clearly one or both of them were handy with a screwdriver, because their walls were covered in hooks that held all manner of floggers, bondage equipment, costumes, and battery-operated devices. This wasn’t ‘nothing out of the ordinary.’ These folks were VERY kinky.

I normally love kink – but being caught unprepared left me feeling mighty uncomfortable. What if I’d been new to kinky stuff? A novice probably would have run from the room! Not everyone has escort-level confidence in the bedroom…for some, having to fumble with the ‘on’ switch (or work out how to use an obscure piece of kink equipment) can be much too challenging for a first encounter.

As it was, I got down to business and we had a fun night. But after that incident, I was careful to only introduce toys with dates once they were comfortable. For me, toys were for long-term partners, not casual play sessions.

But then someone changed my mind – I went on a date a guy who keeps a Hitachi on his bedside table.

A Hitachi massager consists of a giant vibrating rubber head attached to a long handle. It’s (usually) plugged into the wall socket, and it was (originally) designed for massaging the whole body…these days, it’s used to get people off, especially women. Massage wands create a strong vibration that covers a wide area, so they don’t need to be positioned in an exact spot the way a tongue or a finger does. If you’re the kind of person who gets tired of saying “a bit to the left…no, higher up…” then a massage wand could solve your problem.

I loved the fact that my date was so well-prepared. In a world where women orgasm, on average, thirty percent less than guys during sex, having the right tools close to hand can make a difference.

When it comes to sex, there’s often no one-size-fits-all rule. I learned that the same is true for toys. Sometimes, the right equipment can be useful rather than intimidating. Here are a few situations where sex toys can come in handy for hook ups.

When you’re both planning a specific type of kink play

When you meet someone specifically for kink, there’s a good chance you’re going to be meeting their favourite flogger or spreader bar at some stage too. The catch: you need to talk about it beforehand. Kink can’t be left up to chance – we’re all into different stuff, and there’s absolutely no point going home with someone until you’ve decided on a specific type of play. For me, this looks like a discussion over drinks: “What are you into? What have you done before? Which implements of torture are you comfortable with?” By the time we call an Uber, I know what sorts of toys I’m going to find hanging on their bedroom wall.

This is the safest way to do kink with someone you’ve just met – negotiate thoroughly, and make it clear you don’t welcome surprises. (And, obviously, never let anyone you’ve just met tie you up.) I won’t get naked with anyone until they tell me exactly what they have in their dungeon.

We’ve all had average sex…but my work as an escort showed me that it’s possible to do better.

My work as an escort has taught me that we shouldn’t put up with mediocre sex lives. Here’s what I think is holding us back.

When you want to get the O-face happening

One of these options is the classic Hitachi massager or its big brother the Doxy, which I’m practically married to. I take a Doxy with me on couples’ bookings to ensure everyone is satisfied. There are also suction devices for clits – such as the Womaniser and Satisfyer – that can be mind-blowing if you position them correctly. If I’m in the middle of a play session and don’t want to give specific directions to my partner on getting me off, I can whip out my suction device and…instant orgasm.

These toys aren’t for everyone – sometimes the sensations can be too intense. Asking beforehand is necessary.

When you’re hooking up with a familiar partner

Toys can be fumbly and stressful, even those modern ergonomic marvels that look like UFOs. Finding the off switch, the speed settings, and the correct angles, can all be tricky with someone new, unless you’re a pro. But if you do find someone you click with for an ongoing arrangement or series of dates, using toys can be a fun way to explore together. Some toys are designed specifically for couples – they fit in and around other activities. Some types of vibrators are designed to be used on any type of genitalia.

Toys can keep things interesting with fuck buddies, friends-with-benefits and short-term lovers. I can’t promise there won’t be some giggles, but if you know someone well enough to feel comfortable then why not give it a try?

When your toys are everyday items

Sometimes low-key, everyday items can boost your sexual technique without intimidating new partners. For example, a feather can be nice for sensory play, as can a bit of massage oil – asking “Can I oil you up?” is one of my favourite sex moves.

But using a piece of chocolate cake as a sex prop? Hell, yeah! Giving someone an impromptu oil massage? It works. Playful sensory toys (feathers, fluffy material, ice cubes) help avoid sexcalator-style sex – the boring stuff that goes the same way every time – without being too scary for a first date.

Even simple toys need to be introduced; ask your partner first. What seems playful to you might be challenging for someone else. And there are could be other issues you haven’t considered: if you bring out a feather, your date might be vegan. If you pour almond oil on them, they might be allergic to nuts. Asking is essential.

But simple sex toys can really boost your hook-up game. I met a guy at a sex party recently who carries around tasty (and sugar-free) massage oil. Between his oil and my Doxy, we had an amazing play session.

Toys aren’t always right first-time hook ups – but they can also be incredible, if you choose your items and your occasions wisely. As always, ask beforehand, check in during, and debrief afterwards.

Looking to get your toy collection started? Randy Fox are giving away copies of my book ‘The Art of the Hook Up’ with the first 20 sales of the Kama Sutra Treasure Trove. This could be a great option if you’re searching for some low-key sensory toys to try out with partners, and you want to learn some solid hook-up skills too.

How to survive the Rejectionocalypse

Rejection is hard to take. But rejection resilience – being strong enough to bounce back – can help you move on to better dates, fast. 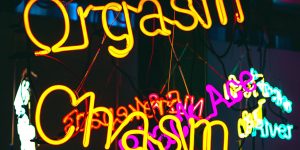 I have a REALLY hard time with orgasms. This episode, I’m asking for advice from sex educator Tess Deveze, so we can learn more about getting off. 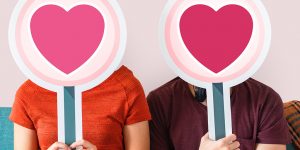 In this very first podcast episode, I’m sitting down with Ali from the wildly popular Facebook group Bad Dates of Melbourne, to find out how we could be doing online dating better.