Casual sex is good for you. Here’s why.

Watched a classic horror film lately? Who was the first to die? Often, it’s two teenagers making out in a car parked on a deserted road. Things are getting sexy, the windows start to fog up, then BANG! Something evil comes out of the woods and slices them up like a leg of ham.

Nothing says ‘sex is bad’ like a slasher film.

I know I’m preaching to the converted – this is a blog about hook-ups, so if you’ve landed here it’s unlikely you’re settling in for a life of celibacy. But it’s weird how feeling down about casual sex can affect us even while we’re having it. Ever heard any of the following from your potential partners? “Having more sex means a higher risk of STIs.” “If you get yourself into trouble, it’s nobody’s fault but your own.” “If you fuck them on the first date, they won’t think you’re relationship material.” All this, and more, from a whole load of people who say they want to get sexy.

I call bullshit on this stuff. Casual sex isn’t bad for you – no matter what your family, pastor, date or local B-grade film director says.

Sex-negativity is the idea (or gut feeling, or moral judgement) that sex is bad – bad for you, bad for your partners, and that you’re a bad person if you do it (even if you’re only having sex with yourself.) Sex-negativity is injected into our brains at a young age. By the time we discover that sex is fun, it’s too late – we can’t get those negative thoughts out of our heads.

Why I REALLY appreciate guys who can’t get it up.

It’s every man’s nightmare: a penis that won’t perform. But when it comes to erection problems, I love spending time with guys who understand that our bodies aren’t always under our control.

Sex-negativity has sunk its nasty little claws into many of our fellow citizens. Some folks think that people (particularly women) who have casual sex are worth less than those who don’t. I sometimes meet guys online who treat me differently when they find out I’m looking to hook up. Instead of being friendly, they become sleazy and disrespectful.

My response to those guys is ‘See ya.’

Sex is not bad for you, but A-holes are. It’s worth taking some time before your date to make sure your potential partner doesn’t have a bad attitude. If you meet someone who reckons having too much sex makes you a second-rate human being, please don’t fuck them.

Sex is not bad for you. Sex is part of the experience of being human.

One of the best things about my work as an escort has been the opportunity to see firsthand what a difference sex makes to people’s lives. Getting laid on the regular boosts your immune system, improves mental health and even lowers the risk of certain types of cancer.

Even more importantly, sex is one of the ways we connect with other human beings. It’s fun because it’s supposed to be – we need to enjoy other people and learn to care about other people in order to become happy human beings. Being physically intimate is one of the ways we explore our world and learn about the people in it. Hooking up is full of opportunities – to practice sex, to have fun and to make new friends. I’ve learned more about people from my hook-ups than from some of my romances.

If your online dating profile isn’t delivering results, here are a few quick tune-ups to help you do better.

What’s the best way to get started with ‘rough stuff’? A chat with pro domme Miss Penelope Dreadful about the dos and don’ts. 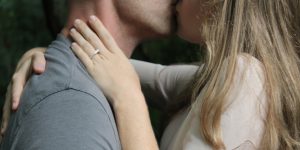 Being great at sex doesn’t come ‘naturally’. It comes from a willingness to try new things, an openness to learning, and a bit of practice.